In the damp atmosphere left by storms last night and in front of early rising spectators at 03:30, 259 athletes (including 95 women), representing 37 nations gathered on the shores of Lake Annecy seeking to gain the titles of IAU Trail World Champion 2015; the men's title, women's title and team title.

The long line of headlamps stretched out and lit up the night to Mount Semnoz 1644m (km 18.4; 1441 m of vertical gain) where, in just a few seconds, the American Tim Tollefson, the two Spaniards Manuel Merilla and Luis Alberto Hernando and the Frenchman Xavier Thévenard passed through. At the Col de Cochette pass, after 33.4 km of racing, the eight lead runners were within two minutes of each other, and out in front, three Frenchrunners: Julien Rancon, Xavier Thévenard and Sylvain Court, followed by Spaniards Manuel and Luis Alberto Hernando.

On the descent to Doussard, Xavier Thévenard and Luis Merillas were neck in neck but at the second aid station (44.3 km; 2566 m cumulative vertical gain), it was Sébastien Spehler (FR) who strode ahead and took the lead followed by Sylvain Court and Manuel Merillas 12 and 48 seconds later respectively. Xavier, who lost 1'29",appeared to be in poorer form; an impression that was later confirmed. On the climb to Chalet de Aulps (km 54.8; 3569m cumulative vertical gain), Sébastien took the lead, followed 4 minutes later by Luis Alberto Hernando who found renewed energy and a very steady Sylvain Court. At Pas de l'Aulps Patrick Bringer, whohad made a great comeback from the Col de la Cochette pass, move from the 14th to 4th position.

At Villard Dessus (km 64.5; 4086m cumulative vertical gain), Luis Alberto took the lead and at Menthon St Bernard, with 4 runners within 4 minutes, of each other, and a ten minute advance on the expected finishing time, meaning a good battle for the win.

Sylvain Court finally overtook Luis Alberto, savoring his 4-minute lead until the last kilometer, "I struggled at the 50th km, it's so long, I was far from imagining being able to maintain the same pace. But that's trail running, between the high points and low points one must know how to manage these moments. To be able to hang on and to close the lead with Luis Alberto, I couldn't believe it...he's such a runner!"

As for Luis Alberto, he never let go, "The pace at thebeginning of the race was too quick and the Spanish team already had a lot of kilometers in their legs fromrecent races. But right until the end I thought that I could catch up to Sylvain, right until the last meter. This isthe most difficult trail ultra that I've ever done".

In the women's race, from the start, the lead trio was all French, with Caroline Chaverot in the lead, Nathalie Mauclair on her heels, followed by Anne-Lise Rousset. "We played cat and mouse with Caroline who was a littlemore often in front. At Menthon Saint Bernard (km 70.2) I felt good and I allowed myself to take the lead" - said Nathalie (who won the last IAU Trail World Champion title) who did not expect a double win --- on mountainous terrain, which is so different from Sarthe where I'm from, which is so flat...".  But waiting in ambush was Spanish runner, Maite Mayora, 2015 Spanish Champion, who rose to third place at Pas de l'Aulps in front of Anne-Lise. The ranking didn't change from this point onwards to Annecy-le-Vieux, where Nathalie finished just two minutes ahead of her compatriot Caroline Chaverot.

The French team won the team title, the men's title and the women's title: thus confirming their domination and their omnipresence in the field.

With a very international top 10 (France, Spain, USA, Great Britain, Iceland and Norway), the fifth edition of the IAU Trail World Championships reaffirms the incredible interest so many countries now have for the discipline.

All of the athletes, true to the spirit of the sport, have demonstrated not only a high level of athletic performance, but were also more than happy to share their passion with a public who showed up in droves, cheering them onwith cowbells.

All of the results: 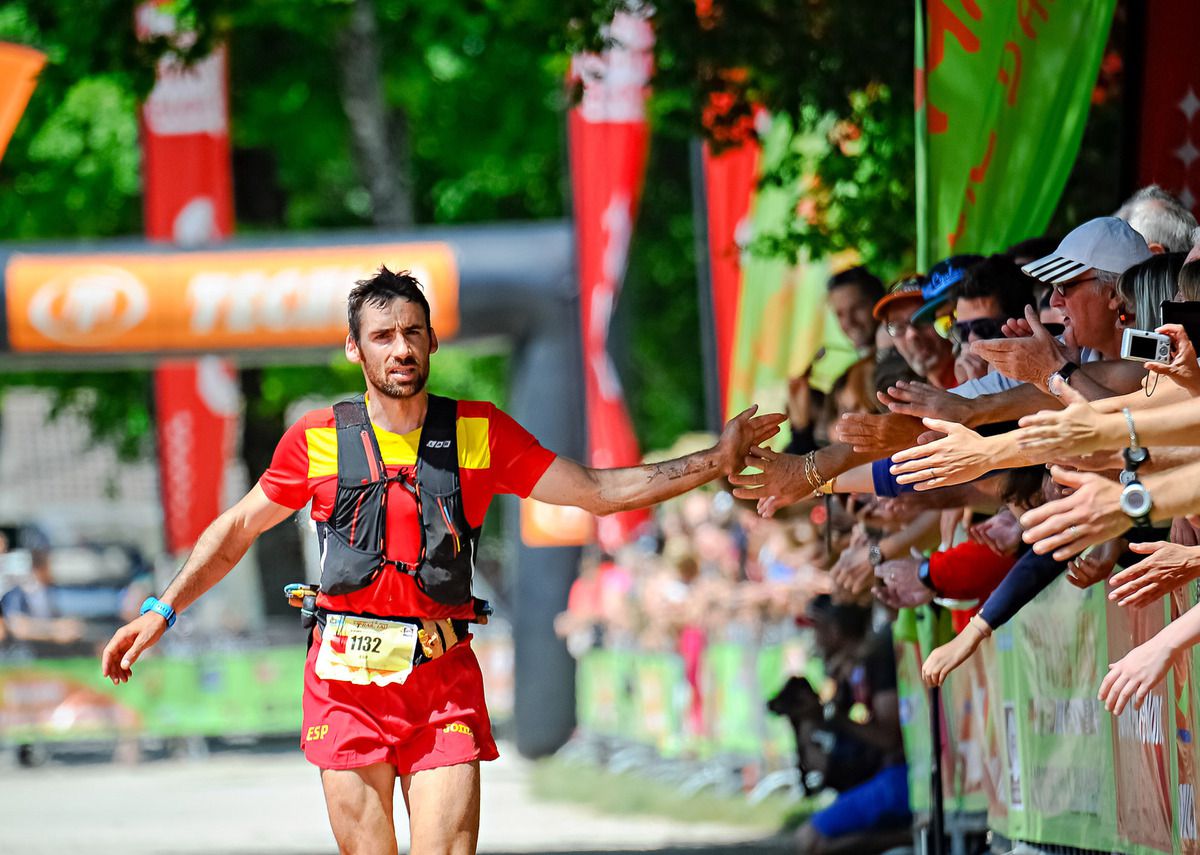 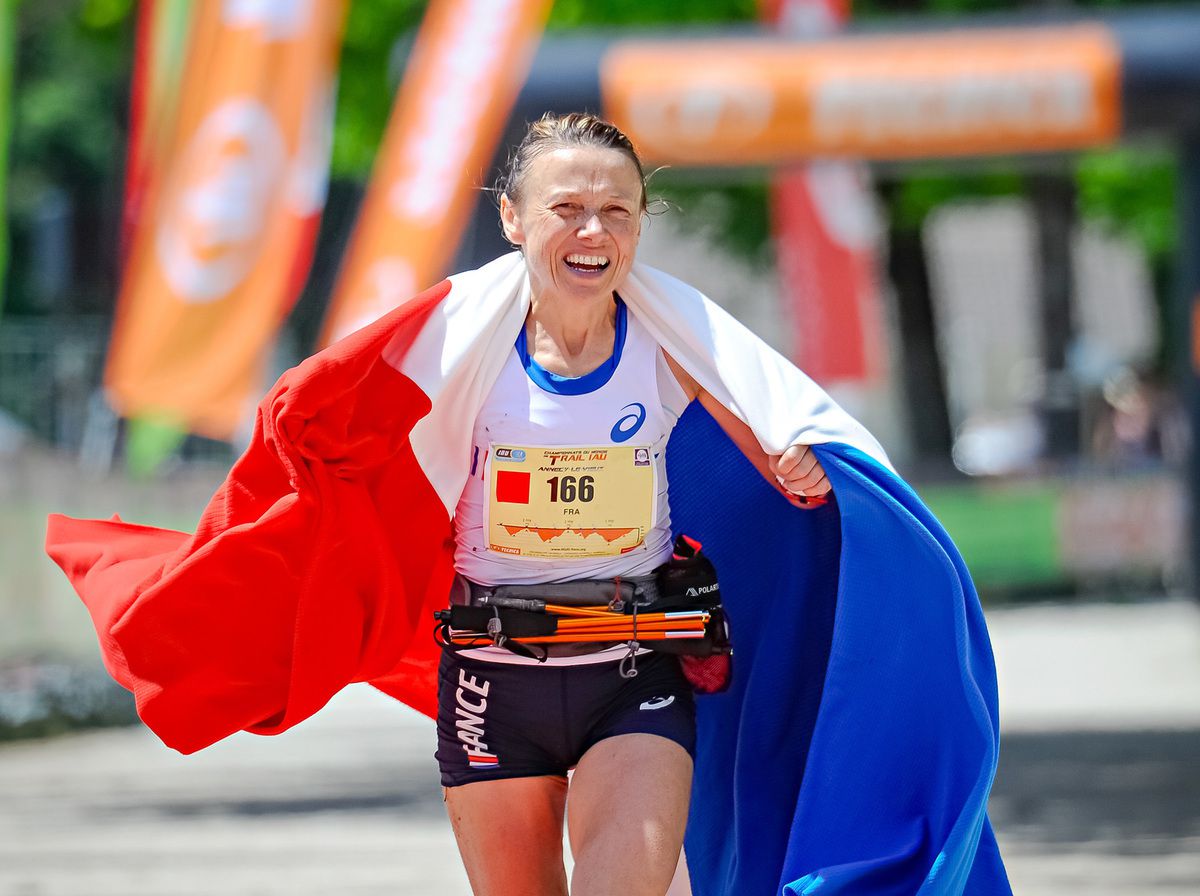 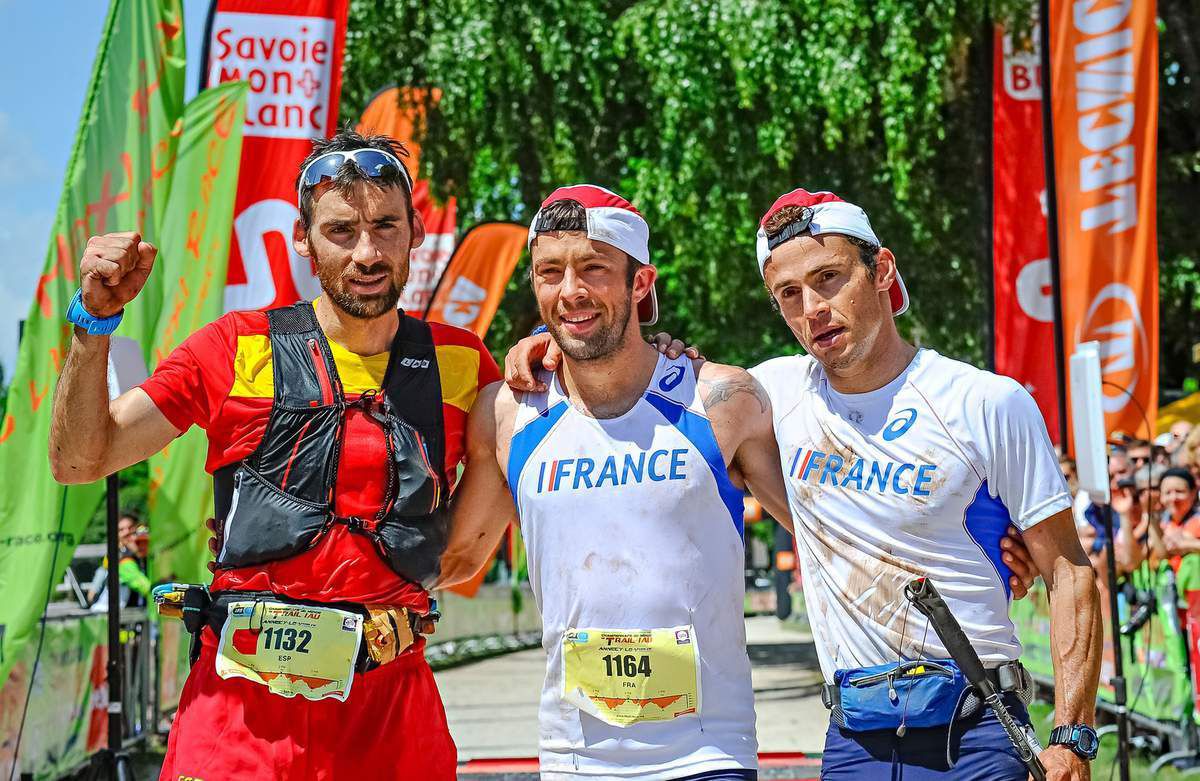