The IAU Executive Committee is pleased to announce that the 4thIAU Trail World Championships will be held in North Wales in Gwydyr Forest on July 6th  2013. This is in agreement with the Local Organising Committee composed of a partnership of the Welsh Government, Conwy Borough Council and both Welsh Athletics and British Athletics.

The first press release is attached. The course is likely to be about 75K and a tough and technical course on the whole – ideal for the trail specialist.  The accommodation is likely to be in Llandudno which hosted the Commonwealth Mountain and Ultradistance Championships two years ago.  More details will be given in the next weeks and the full General Information Sheet and Entry forms will follow.

18 April 2013 – With just 80 days to go until the opening ceremony of the 4th World Trail Running Championships - which will be held in North Wales on the 6th of July - the countdown to the Championships has begun in earnest.

The event will see over 150 athletes from over 20 countries descend on Wales for a festival of trail running, with an international flavour. The host venue of Llanrwst (Conwy) is deep in preparation to host the event in the spectacular north-west Wales location of Gwydyr Forest, which will extend a programme of World Championship and open trail running races.

The event is set to receive worldwide media coverage and will be the highest profile trail running event staged in the UK in recent years. It is also part of the legacy that saw North Wales host the extremely successful Commonwealth Mountain and Ultra Distance Championships some two years ago.

The Commonwealth ultra-trail event at those championships was a huge success for Wales in terms of medals too, and saw Welsh international Richie Gardiner lift the men’s Commonwealth crown on a 55km course in Newborough, Anglesey.

The championships in July will see runners tackle a demanding 75km course of forest trails and mountain-heathland in the stunning Conwy Valley, with supporting open and junior events running in tandem with the international event.

“Conwy County Borough Council is extremely excited about bringing these championships to the area. The effects of the event will be felt on the economy, our sporting culture and the youth of the County – which is very important to us. Additionally, the competitors will be staying in the County for a number of nights, bringing great economic benefits.

“It is also pleasing to be once again working in conjunction with the IAU, Welsh Athletics and the Welsh Government, and we feel that collaboration on these types of events can only be good for the future of sport and our relations in general.” 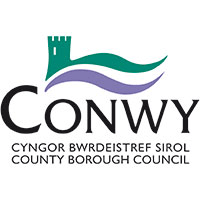 The Welsh Government is supporting the event in a public sector partnership with Conwy, and is fully supported by the International Association of Ultra runners (IAU) and by the sports Governing bodies Welsh Athletics and British Athletics.

“The World Trail Running Championships in North Wales is yet another example of Wales’ ability to hold world-class sporting events. This is the first World Championship in the sport of athletics to be held in Wales. Additionally, it shows the confidence of the IAU in our abilities as a nation to hold such championships.

“We will build on our success in hosting the Commonwealth Mountain and Ultra Distance Championships in 2011 and we look forward to working with our partners to deliver a memorable event which will have a positive impact on the local economy.”

Welsh Athletics have also been instrumental in event support and organisational work, with Head of Development Steve Brace adding:

“We are very proud to be hosting a World Championship event on home soil. Trail running is in a boom period in the UK and this is reflected in the IAU’s confidence in our abilities to put on an event like this.

“The Commonwealth championships were inspirational for us all. Seeing three Welsh men filling the podium on that Sunday afternoon ultra-trail race filled me and many others with pride, and it would be great to see some British vests medalling once again July.

“Working with three such professional and capable bodies as Conwy County Borough Council, the IAU, and of course the Welsh Government, will also be instrumental in demonstrating to the world of trail running what we are capable of here in Wales”.

“We see the 4th edition of the World Trail Running Championships in North Wales as an amazing opportunity towards realising our goal of world-class trail running events.

“The initial preparations for the championships have been impressive, and the athletes, along with the participating federations are looking forward to competing in these very popular championships in their racing calendar - and visiting Wales to tackle some of the world’s best trails with one of the world’s warmest welcomes!”


Notes to Editors: for further media and communications enquiries contact Matt Ward on (0)7515 558670 or email matt.ward@runcomm.co.uk