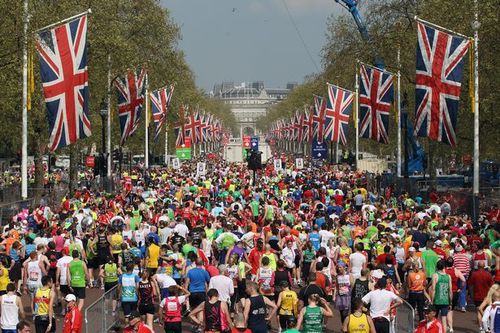 The man regarded by many as the greatest distance runner of all time will be the lead pacemaker for the elite men’s race at the 2014 Virgin Money London Marathon on Sunday 13 April 2014, just five days short of his 41st birthday.

The field will also include the newest marathon star from Gebrselassie’s home nation, the 18-year-old Tsegaye Mekonnen, who’s been added to the line-up after his sensational performance at this year’s Dubai Marathon a few weeks ago. Running his first marathon, Mekonnen beat an experienced field in 2:04:32 and smashed the unofficial world junior record by more than a minute. It was the third fastest debut marathon on a legitimate course.

After a glittering career on the track, Gebrselassie made his debut in London in 2002. He first broke the marathon world record in September 2007 at the Berlin Marathon and a year later on the same course became the first man to run quicker than two hours four minutes when he clocked 2:03:59, a record that stood for three years. 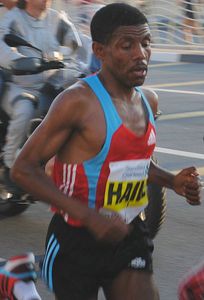 Kipsang set the current world record of 2:03:23 at the Berlin Marathon last September. To beat that time in London, the leading men will have to run faster than four minutes 43 seconds for every mile of the 26.2-mile course, that’s less than three minutes per kilometre every step of the way. To be on course for the record Gebrselassie will need to take them through half of the 42.195km in around 61 and a half minutes and they will aim to reach 30km in close to one hour 28.

It is the first time the former world record holder has run as a pacemaker in a top class international race, and the London Marathon race director, Hugh Brasher, welcomed the legendary Ethiopian to the 2014 line-up.

“We are delighted to announce that Haile Gebrselassie has agreed to run as a pacemaker in this year’s race,” said Brasher.
“Haile is an icon of distance running, a man who has broken 27 world records on the track and road during his long and brilliant career, and we can’t think of anyone better to set our elite men up for a crack at the world marathon record.
“Everyone knows how difficult it is to break the world record on London’s course, especially with such a competitive field, but with Haile pacing and four of the fastest marathon runners in history in the race, there’s a real chance we will see something special”.

Gebrselassie is familiar with the London course as he ran the London Marathon three times as a competitor.
He was third on his marathon debut in 2002 when he broke the Ethiopian record to finish behind Khalid Khannouchi and Paul Tergat.
Khannouchi broke the world record that day, the last time it was set in London.
Gebrselassie was also ninth in 2006 but was forced to drop out in 2007 when he had problems with asthma.

He broke the national record five times in total, and he is still the quickest Ethiopian ever and the fifth fastest marathon runner of all-time. He is the only athlete to win the Berlin Marathon four times in succession, while he’s also won the Dubai Marathon three times and the Amsterdam Marathon during his long career.

The celebrity and human interest lists are also available on the website here.