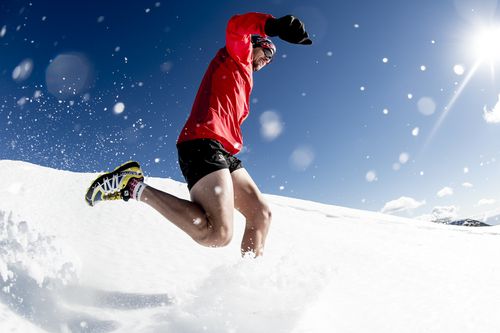 The DGT is an unmarked route of approximately 220km, running from the north to the south of the Drakensberg mountain range and spanning parts of the Free State and Kwa-Zulu Natal provinces of South Africa, as well as the mountain kingdom of Lesotho.

First “officially” run in February 1999 by Gavin and Laurie Raubenheimer, in a blistering time of 105 hours and 39 minutes (4 days 9 hours and 39 minutes), the DGT has called to the hearts of many trail runners and hikers with more than 15 failed record attempts, and 3 official records set since then. The latest record set was in April 2010 by Ryno Griesel and Cobus van Zyl in a time of 60 hours 29min and 30 seconds (2 days 12 hours 29 min and 30 seconds). (Dal sito ufficiale) The Drakensberg Grand Traverse is the mother of all ‘Berg hikes. From Sentinel car park in the north to Bushman’s Nek Border Post in the south it’s roughly 220 kilometres across the main range. A trek that takes a strong hiker anywhere between six to 10 days to complete. Ryan Sandes and Ryno Griesel are planning to run it in less than three days. To rightfully claim the title they have to travel on foot, carrying all their own gear without receiving any form of support along the way. It’s just them against the mountain elements. Against the clock. You’ll be able to track them in real time right here as that clock ticks down and be a part of the attempt every step of the way.

THE GOAL. To break the current record (60h 29m 30s) by running rather than speed-hiking the recognised Drakensberg Grand Traverse – from Sentinel car park at Witsieshoek to Bushman's Nek Border Post. For Ryan particularly though, it's very much also about a deep personal challenge: "I want to see how far I really can push myself," says the man who's won an ultra trail race on every continent.

THE HISTORY. Hikers have been slogging across the 'entire' Drakensberg for decades, but it was only in February 1999, that brothers Gavin and Laurie Raubenheimer completed the route in 4 days, 9 hours, 39 minutes (105h39m) and laid down the recognised challenge. This record was bettered three times since, as challengers evolved their attack strategy from traditional hiking to speed hiking and then on to adventure racing. This is the first (known) attempt with a pure running focus.

THE CURRENT RECORD. Ryno Griesel and Cobus van Zyl set the existing record of 60h 29m 30s in April 2010. Griesel called Van Zyl up on short notice, but he was in good shape having had just completed the Wartrail and Long Tom Pass marathon. They attacked the route with an adventure racing strategy – power hiked at a steady pace without stopping, and jogged where the terrain allowed. Their only breaks were a four hour sleep near Champagne Castle and another three hour sleep after Thabana Ntlenyana. With favourable weather they managed to complete the route in a faster time than Andrew Porter did on his solo attempt the previous year. THE TERRAIN. The Zulu name uKhahlamba translates to 'Barrier of Spears' and there is no more apt description of the rugged profile of the Drakensberg. If you look at it side on (when driving the N3 from Gauteng to Durban) all you see are spikes. Each one of those high points represents a ridge and every dip a ravine, so they will be climbing ridges and ravines for most of the route. Steep and rocky and not what you would class runnable. When they do get to more favourable slopes they will have to contend with big knolls of alpine grass and soggy marshland.

THE CHALLENGES. The weather is their number one concern. From experience and research March is the time with the least likelihood of snowfalls or rainstorms, however it is notorious for mist and heavy cloud along the escarpment edge. This could lead to them becoming horribly lost (GPS could fail) and the rescue helicopter not being able to reach them in an emergency situation.
The altitude will be telling as they will spend much of their time above 2800 metres (above mean sea level). This is especially worrying for Ryan, as is the prospect of not sleeping.